My recently constructed fort at MGM has set off a fort building frenzy. Everybody wants a piece of the action. Catholic school kids and public school kids all unite under one flag. Forts in movie backlots are the new trending thing. Like having your own production office. I could set up shop and sell tickets for this…call it The Boystown Experience.

Like an E-ticket at Disneyland, they have Tom Sawyer, we have Tarzan!

I barter with semi-friends with an eye on things I could use from them in return for being my friend. I won’t disclose my fort’s location but to a select few. A fort needs to be Top Secret, after all!

Desilu needs a place to plot and plan, also. Or even… to just sit back and take it all in. Today I arrive with a troop of Catholic boys from my school and fort building turns out to be our first mission.

We find a little room at the top of the stairs in a small, circular Spanish style cantina village. It has two entrances into this colony. One is a dirt road that enters from a western street that is cleverly built along the backside of of this cantina. One side Mexico, the other side could be El Paso. All you need do to accomplish this is to go through a doorway.

Entrance from Western street into Cantina…above

A second entrance is the main one. It is easily accessible from the eucalyptus tree line that runs along the La Ballona Creek. Only a tiny dirt road seperates this area from the freedom that the creek provides.

Pat is my main side kick today… already shot at and battle tested. I can trust him not to talk even if tortured. My little Irish leprechaun friend is the tuffest guy, pound for pound that I know. Two English cats with the last name Sullivan come along with us today. They are Barry and Jerry. Now we’ve got an Irish temper and two English hot heads. It’s like a soccer match.

Because of our… let’s just say… resistance to discipline, the four of us are often subject to extreme discipline tactics from the nuns that run our school.

We all have the bruises to prove it. But today, no rules apply!

Plus, we are all kinda smart, which can be dangerous… as well as fun. Plus a fight is never out of the question…

We enter the lot and this village is exactly as described, running across a simple road and straight up the stairs, into a nice sized vacant room. An old rickety ladder gets you on to the roof or up to the 3rd story. Being on the roof gives us access to run around this circular village like a short cut you could easily fall through.

View from roof above fort…

This becomes our entrance protocol. Run in, get acclimated, figure out as much as possible… as fast as possible.

Putting a fort here makes sense, and that is all that is on our minds today. We look around for things to use. One negative is from the dirt road below. We can easily be seen up here. Although, we have many escape routes, we want PRIVACY.

We start with a set of drapes that we grab from Andy Griffith’s house to block the view of prying eyes, from the dirt road below. We easily hook them up with existing nails. Now, we can peek out, but we maintain our own space. 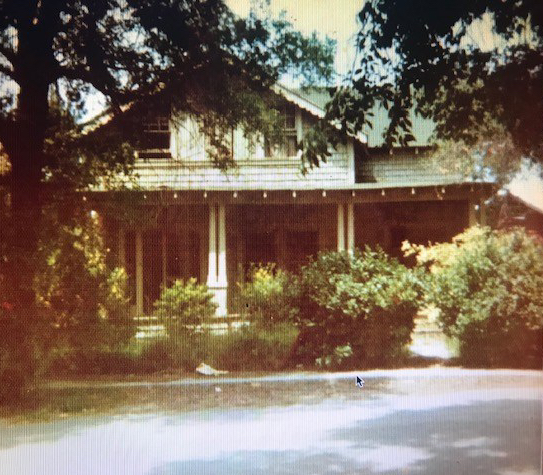 Next, we need chairs or things to sit on.

Well… low and behold! There are a bunch of wooden boxes with the word EXPLOSIVES stamped on them that were used in Hogan’s Heroes. When the camp was torn down recently, lots of things got moved. A guard tower now sits on the western street behind this set, as an example.

These boxes make great seats and we have enough to make a table and foot rests. Most everything in this fort says DANGER on one side, and EXPLOSIVES on the other.

Funny thing is, these Sullivan boys smoke cigarettes. But of course, these boxes are empty. 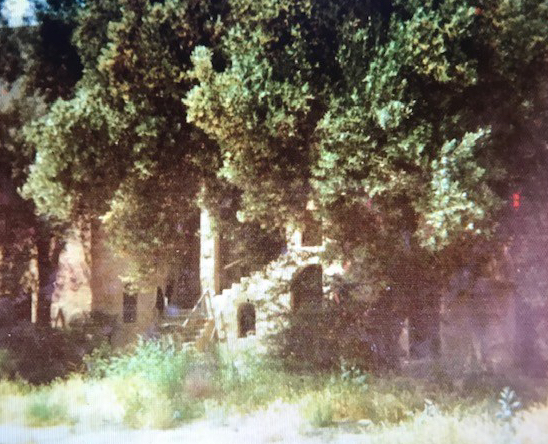 The 4 of us spent the morning on this Cantina fort project… we are very ambitious! The 2nd half of the day, we struck GOLD at the neighboring water hole saloon on Western street.

To be continued… Desilu Saloon…coming soon, Don’t change that channel !