It’s been raining hard the last couple of days. Today is no exception. Things have been relatively easy at my new, public junior high, since I already covered the same material in Catholic school. I find myself wondering about other things… things not exactly taught in the classroom, but easy to find in the schoolyard!

Drugs lurk everywhere on campus. All sorts of drugs. And the kids that deal them are older and drive fancier cars than the faculty. They are considered to be the epitome of cool. I’m intrigued.

Sales for every drug are brisk, but the real currency of the realm here is marijuana. It’s available in an astonishing number of varieties from an equally astonishing number of places. Columbia, Hawaii, Mexico, Morocco, Pakistan, and Thailand constitute their own United Nations of weed. Among the more popular strains are Acapulco Gold, Maui Wowie, Sensimillan, and Hashish (available in either blonde or black!).

The latest craze, however, is Thai sticks. Students take them to La Ballona Creek between classes and light up. On one or two occasions I’ve gone myself. There’s a hole in the fence that serves as a makeshift “drugstore”, and usually pretty girls are in attendance.

Today the creek is unusually high because of the rain, the water choppy and dirty-looking. Two guys I don’t know know appear and proceed to burn one right next to me. All of a sudden, I have a “eureka!” moment. “I know a better place than this, no parents, no teachers, no nuthin.” “Where is it?” one of them asks.”I’ll show you. Follow me.”

Their names are Tom and Pat. Not the guys from the Doobie Brothers, but rather, just a couple of high school tokers. As we draw closer to MGM studios I can tell they’re skeptical. “This is safer?” Tom asks. “Yeah!” I answer enthusiastically. “I can show you around the backlot and I can teach you about movie biz stuff!” Now they were sold. Their eyes brightened. They are ready to trespass.

The rain clouds haven’t gone anywhere, but that’s perfect for what we’re about to do. “I wanna try your Thai stick when we get inside,” I say casually. “For sure,” says Pat, nodding, already a little stoned. I promise myself I’ll confine this adventure to a simple one-set visit, because, well, these guys are carrying drugs!

We climb in just out of view by the caretaker’s house, which has a chain link fence, or as I like to think of it, a climbing fence for beginners. The rain keeps up as we run 20 yards to the back of the colonial mansion and race up to the second floor. By luck, I’d already equipped the spot with rocking chairs and a bench, so it’s cozy. Opening the curtains and looking out, I’m struck by the view of the formal garden.

This view is where we climb in to run to my mansion, below… 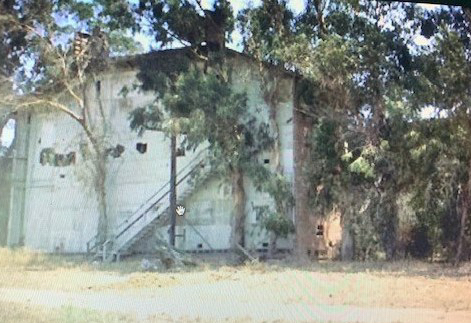 Above: We are in the mansion, top right window.
Below: View of garden

Below, “my” mansion…it has a Bewitchin Pool adjacent to it… 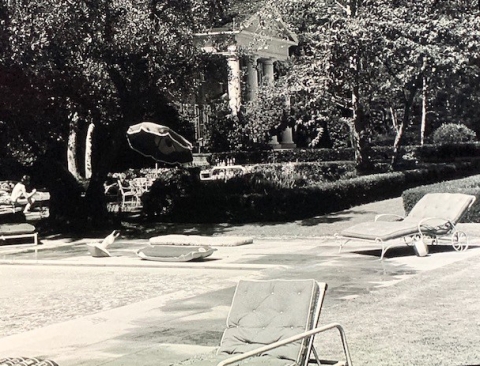 If ever a song fit, Joe Cocker nails it… 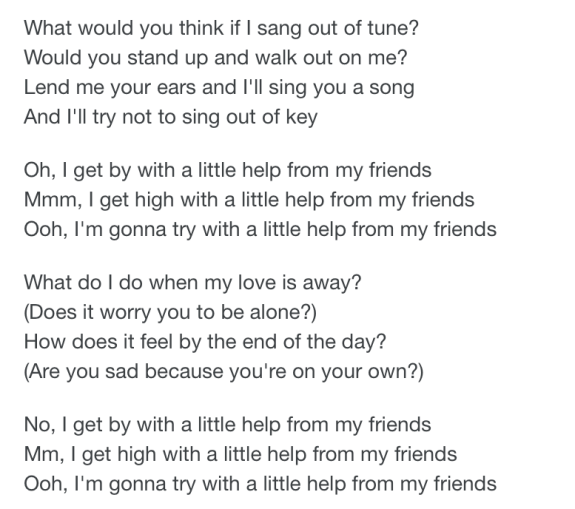 My new friends are older and cooler than I am, but I’m impressing them, just the same. They’re really digging “my” mansion! I delivered my goods, the sanctuary of this movie lot… now it’s their turn.

Tom breaks out an AM/FM radio and Pat produces a bag of Thai sticks. They’re long with pot wrapped around them and a string to hold it all together. There’s also a fine brown powder coating it, which guys inform me is opium!

I hear the sexy guitar of Hendrix’s “Angel.” The velvety tones are slithering around me. No one will hear us because of the rain, so I advise Tom to turn it up. Then we begin to smoke. A peacepipe full of the Thai weed is passed around again and again.

I sink back into one of the rocking chairs. I feel as if I’m a candle slowly melting. I’m seduced by the wonderful aroma and sensational music. This is a groovy moment! We’ve successfully turned the mansion into an opium den. Smoke clouds hang everywhere, occasionally taking the shape of friendly spirits. I melt still deeper into my chair, arriving at a place of profound relaxation. This isn’t my first time getting high but it the first time I’ve gotten this high.

Zeppelin’s Rain Song fills the darkening sky, as I take another hit from the pipe. It’s only 4pm, but the sky is almost black. When I spot the headlights of two tractor-trailers driving into the German Village, it doesn’t faze me. I’m confident the trucks are a benign presence. When they finally park, I see the broad side of the trailers emblazoned with the familiar 20th Century Fox logo.

I see that the trailers are being disconnected from their tractors. The landing gear drops next and a van unloads a handful of production guys onto the cobblestone street. I’m still high, but not so much that I can’t tell that some new production is firing up..

A TV movie, The Phantom of Hollywood, just used this location and the European village has sustained extensive combat damage. Desperate to know more, I bid Tom and Pat a quick goodbye… “Just exit the way you came in!… Good luck!” With that, I race down the stairs en route to the backside of the German Village, as I leave Cheech and Chong in their clouds of smoke.

Inside one of the buildings, a bright worklight illuminates the group of men talking and pointing at other buildings in the town.

Compelled by a much stronger force than my fear of getting caught, I had to know what was up, so I walk inside and see blueprints on the table. “Hi!” I say. “What are you setting up for?” They look me over, and nobody says beans about what I’m doing there. “The entire street is a rebuild,” a bearded man tells me. “It needs to look like Transylvania. Gonna be a Mel Brooks film.”

Wow! I just saw Blazzing Saddles with Maureen, and loved it, so I was ecstatic to learn that this crew was the same that worked on it. The bearded guy continues to fill me in: “They shoot in three weeks. It’s called Young Frankenstein I think. Production will use several sets but this street will get most of the attention. It needs a big face lift!”

I think to myself “No way! Is the Phantom going to meet his favorite Monster of all time?” I’m so into Frankenstein, I even like to watch The Munsters.

“Did any of you see The Phantom of Hollywood TV movie that just aired last week?” I ask the room. “It was filmed all over this lot, including this street!”

“Are you The Phantom?” one of them snickered…

If they weren’t sure about me being a trespasser, they were now. I look too young. I’m by myself. I’m way too enthusiastic. But no one seems to care much. This is Hollywood, where everybody is happy all the time. I smile at everyone as I walk out, leaving them with a last word of advice…

“Strange things really do happen around here,” I say.

On my way home, I wondered about stuff. I do a lot of that lately.

I’ll be keeping an eye on this Transylvania set… build, prep and shoot… Stay tuned!