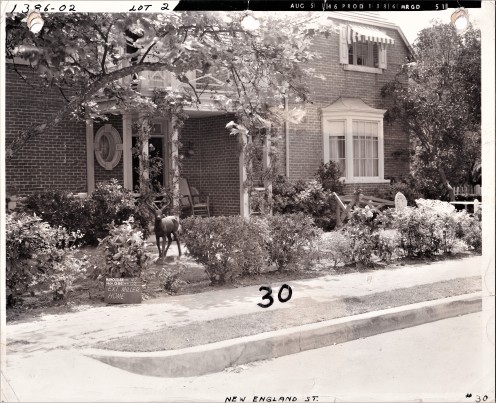 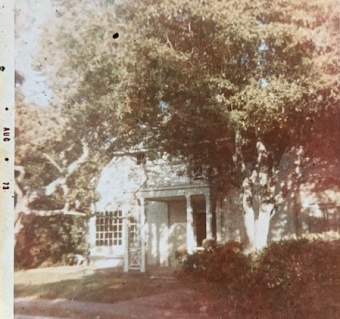 The Twilight Zone—
Whenever I’m home “sick,” I watch reruns of the Twilight Zone, which air at Noon on channel 11. Dad is at work, so it’s just me and Mom. Thank goodness she doesn’t watch soap operas. I have the TV to myself! I sprawl out on the golden shag carpet with two cans of Snack Pack Chocolate Pudding and get ready to travel beyond space-time, and into a different world.

After five minutes of commercials, I hear those ominous four notes, which open the entryway into a mysterious new dimension… a fifth dimension beyond that which is known to man… a dimension as vast as space and as timeless as infinity.

Above: NOT those ominous four notes that we all hear in our heads when we think of the Twilight Zone! This is the original theme song by Bernard Herrmann, which was done away with after only one season, in preference of Marius Constant’s “stock library notes” (not to mention the “stock library royalty free cost”), which were spliced together to create the iconic theme riff we all know.

Above: The theme we all know…

Each episode is like a postcard from MGM’S celebrated past. TV didn’t even exist in MGM’s glory days. But now, in shows like The Twilight Zone, it’s all there… various and sundry, lavish furnishings; a crystal chandelier hanging over a long dining table; random items in a police station, a lamp on a desk; a typewriter in a Dr’s office; a chair in someone’s bedroom; an arched doorway… Because… the backlot is the real star! And although those opulent musicals have been laid down to rest, television is the new frontier and if you have a good eye, you can spot remnants of those old glory days.

MGM’s first ever TV show was the MGM Parade, which started after a fall out with 20th Century Fox over the Ed Sullivan show and went on to serve as a promotional vehicle for MGM’s movies.

When legal snags developed, MGM bought 25% of KTTV. That’s when TV production truly began. This was circa 1957. TV was still in its infancy. You were lucky to have one in your own home. If you did, I’m sure you have memories of being on top of your house, pointing your antenna in the best direction for optimal signal.

I remember my dad sending me up to the roof, while he yelled out commands, pointing with wild arms from the window below: A bit more THAT way… And it was like magic when the images finally showed up clearly on the screen.

Dr. Kildare and Andy Hardy Mysteries were the first series to get off the ground, but soon after, MGM had another dozen Made for TV productions coming down the pike.

On October 2nd, 1959… The Twilight Zone aired its first episode, shot at Universal, starring Earl Holliman. It was the only episode ever shot on the Universal Backlot.

The Combat TV series competed for backlot space and both series forever changed this lot. Or, in the case of Combat, blew it up!

The Twilight Zone made the backlot spooky… along with the Outer Limits, who were trying to take control of my TV set!

Above: No one takes control of my TV!

Both of these series are my favorites, so whenever we watch episodes, we recreate everything we just saw, exactly where it happened. Today features “The Shelter,” so, dutifully, me and Pat and Jimmy will go re-enact that episode.

We climb in at our closest portal, the train station, and in no time we are on Maple Street, named after another Twilight Zone episode. Our focus today is The House with a Shelter…

We are a band of merry young men as we go marching and laughing down the utility road that parallels the railroad tracks on the other side of the studio fence.

Jimmy begins mimicking the line from this episode… why are your kids more important? Pat and I bust up, as Jimmy repeats it over and over in different tones as we walk down the brick pathway. We walk under a sycamore tree and then make our way up to the same front porch that the neighborhood mob forced its way through, on the facade of this cape cod style home.

Open the handle and what do you see…

Paper thin sheets of balsa wood serving as a wall and a lone patch of carpet laying on the floor gives the illusion of a comfortable home. Just throw up a family portrait, put a drink in your hand and some music on the stereo, and answer the door with a smile.

It’s the basic entryway to every house on this street. Dusty old drapes sit on either side of every front door. But grip jacks lean against the wall. Once you’re on the other side of this deceptive wall, you’ve made your exit. We take the outside stairway up to the second floor while reading lines from this episode… You foreigners are all alike!

We all take turns repeating it as we make our way to the top of the stairs and to the balcony.

The sycamore provides a lovely shade. We are safely hidden and being close to the fence, it’s an easy exit. You see, part of our mission is to take a quick survey of possible escape tactics since… we are smoking dope! We continue reciting lines as we laugh out smoke, knowing that a simple escape route has presented itself, if necessary. 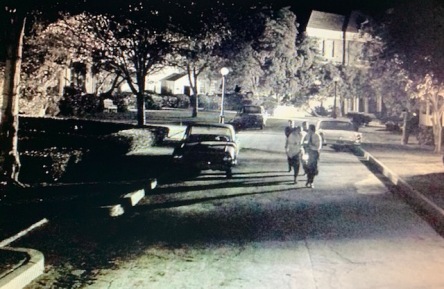 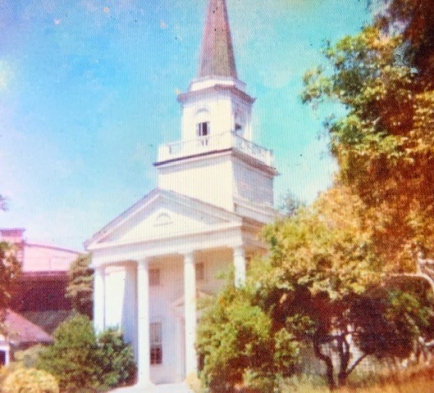 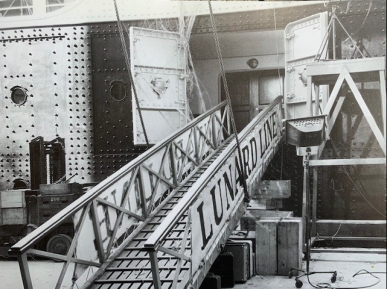 We gaze down toward the street that is similar to where I live. But, come to think of it… I mostly live here, at MGM. I just go to my real home to eat and sleep. Ironically, the studio feels more real for me than what most people would consider real. While some people watch TV shows to be entertained and to escape from reality, my reality is living in this studio that you’re watching on your TV.

I like the reality inside the fenced-in studio world; it’s not “make believe” when you can see it, touch it, and smell it. Outside the studio fence is where the harsh realties of life take place, but not inside. The only reminder inside the studio that there’s evil in the world, is when the Red Bronco is on my tail.

This place is an escape, or a Shelter, if you will.

The church and its steeple look down on us as we exit The Shelter… now we walk through the front door of this studio parish. We see what the actors saw, as they swung open the front doors in the Twilight Zone episode… Stop Over in a Quiet Town. A ladder stretches to the top of the steeple, over 30 feet high. No platforms. Just a straight up climb, like a fireman would do.

We take our act over to the giant prop warehouse that is behind this church. Without having to say a word to each other, Jimmy and I trample over a maze of strange gadgets like a couple of tanks… our eyes lock onto the object of our desire: it seems to be a dusty old space capsule! It is cone shaped with a bunch of levers and knobs inside.

Meanwhile, Pat climbs on top a headless dinosaur and pretends to ride it. Jimmy and I take off… back into the fifth dimension… the middle ground between light and shadow, between science and superstition… Just another fun day playing with extra big toys.

An ocean liner looks down on us as we walk up the gang plank… once inside, you realize it is just a wall. A ship it’s not; it has no backside and sits in a tiny, empty basin that can be filled with water to help make it appear as something it is not… we are in the business of illusions.

One big magic show, you gotta believe is all!

This is how I play almost everyday, then I go home and watch all this stuff on TV.

Written and lived by Donnie Norden…
Edited by DQ