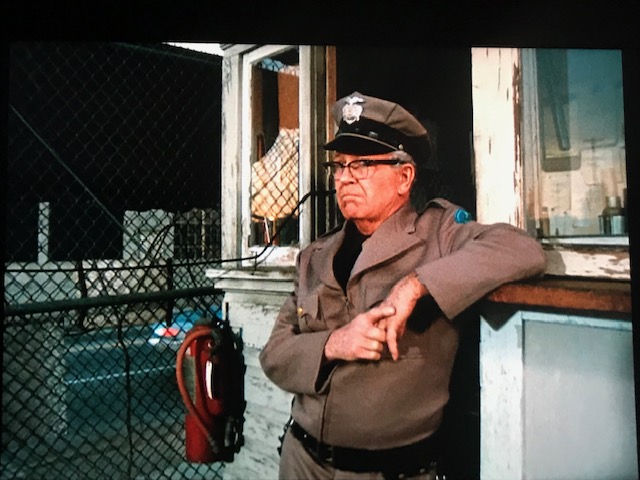 That … is what we need to know… Who is trigger-happy around here? The sooner we know, the better. As time goes on, we see different tendencies attached to the revolving door of security guards. They are all a mixed bag of nuts. Some are spicier than others… some so hot, they shoot.

We can forsee how the day… or night… will go, based on who is behind the wheel. We know more about them than they do us. Jim and I are now beginning a campain to meet these gentlemen… at their posts or guard shacks. Just to innocently talk MGM history with the men who had lived it.

Did you do it?

Simple enough… inflate their ego, as they describe their favorite stories… tell me more, tell me more. The first guard we approach is working Lot 1, the West Gate on Overland. His name is Ken Hollywood. As it turns out, a couple of questions about the backlot turns into ten minutes of stories… soon we are comfortable enough to tell him that we sneak in, just to see the place we are in awe of.

Then we spill the beans, mentioning we were shot at a couple weeks ago in a chase on the backlot… we ask, “who would do such a thing?”

His response is “well, if you do use your revolver, there’s seven pages of paperwork involved.”

I think to myself... seven pages to shoot a kid! …it’s that acceptable?… No problem about the shooting, but all that darn paperwork!… 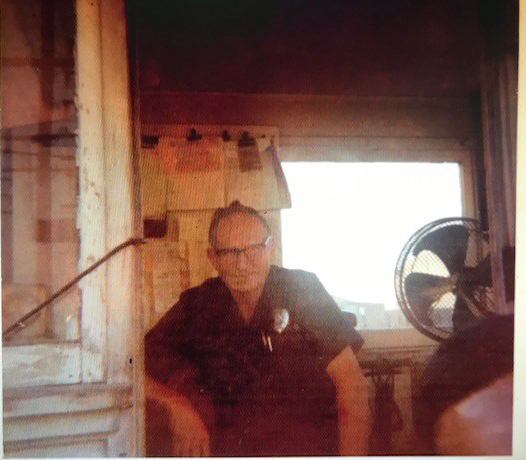 Did you do it? …Les Green

Ken allows us to make ourselves at home as we sit in his official chair and spin in circles inside the shack. He is too nice… really, he is!

As Jimmy jokes outside with him, I am reading memos and production sheets. This is a library of important info. Ken tells Jimmy the name of the stocky, bald guard who worked that weekend: Bob Coleman. Better yet, he also drives a green Bel Air.

Then he jokes… “Bob is a boxer, but I think the only boxing he ever did was apples, in Yakima valley,” as he laughed at his own humor. I am in love with this Ken Hollywood guy. He works this gate all the time and enjoys our company, it seems.

He fills us in on anything we ask him about. An African American gentlemen named Al Black stops by briefly to drop something off at the shack. Call sheets. They are like gold…

Al puts up a clipboard with Shaft and Medical Center featured as backlot prep and shoot. Both to be in close proximity of each other on the backlot. 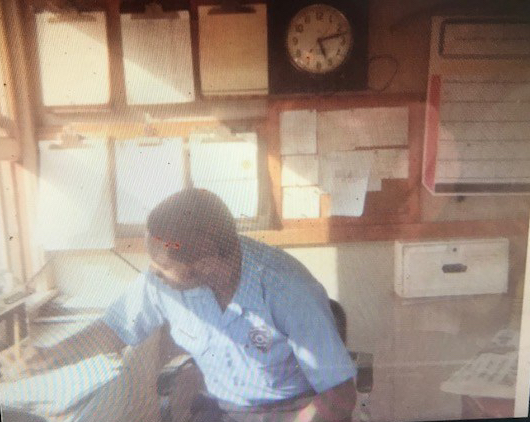 Al Black… Did you do it?

Al and I would shortly become good friends, and he knows Wilt Chamberlain!

Al is a huge Laker fan. He will clown around with you when you’re on the legal side of the fence… but he is all company when you cross the line. Well, I can’t help but think of what it would be like to be chased by Wilt.

We have just met two key figures, both presently and even more significantly in the future. We have achieved even more than we expected.

We bid a fond farewell, saying, “See ya next time, Ken,” as we almost crash into each other riding home… laughing all the way…

We know the shooter’s name… Bob Coleman. We know his personal car and where he parks, when on duty. We also know he carries a gun on duty… and is willing to do seven pages of paperwork, apparently. From this point forward, his nickname for us is “Bronco Bob.”

We know more about him than he does us. Excellent. Daringly, we take our info to the backlot and find some paint. Then we paint a sign and stick it up, at an intersection he can’t miss it. It says BRONCO BOB IS THE SHOOTER! We do this while he is on patrol. We know because his car is where Ken said it would be, and we hide to watch his reaction.

Let’s just say, he slams on his brakes, jumps out and takes the sign away, in anger.

That makes 2 for us, 0 for Bob. Not only can he not catch us, he does not even know who he is trying to catch, shoot, or run over!

We have the upperhand, as it turns out. If you have questions on security, who better to ask than... security? Ken can’t say enough, as we find out. We are just his laugh track.

The same gate, thirty years apart (above and below).

South Gate…on Culver blvd. Across from Backstage bar that Combat actors drank at after work. Shots for all, after a hard day playing Army.

Garth Bluff, in the color picture above, is second in seniority and 32 years (and counting) as an MGM guard. He lives a sling shot away, back by the Grand Central station. I would later visit with him at his home. A real gentlemen, he would not shoot a kid. You can see the lot towering in the sky, from his front yard. We would become friends.

We can now go over who is being paid to secure this wonderland.

#3 Ken Wood, not to be confused with Hollywood Ken above. He is the one that opened doors for us to meet the men who would chase us. In the future, he was the one that introduced me to Fred Astaire and Gene Kelly.

#4 Al Marioenzi. In the near future, he gives me a tour of the Thalberg building and Louie B. Mayer’s enshrined office. I sat behind the desk of this Hollywood mogul. Al is also a patron of St. Augustine parrish. He shared a story about the Marx brothers, while in Louies’ office… that they took off their clothes while waiting for him to walk in. Creepy… that’s the story he chose to share.

#5 Ron Smith, all 6’9″ of him. A loner who carries a 357 magnum. Clint Eastwood would be proud of this piece. He doesn’t hang with other guards and is friendly but, game on if you tresspass on his watch.

Bob’s green Bel Air is parked behind Peter Lawford in this shot, he parks there when on duty on backlot,  just as Ken told us.

#7 Fernald Millintz.. a fire inspector. He patrols, looking for hazards, but will chase you if he sees you. He has his own fire vehicle, a mid sixties Falcon.

Here he is across from Maureen’s apartment… 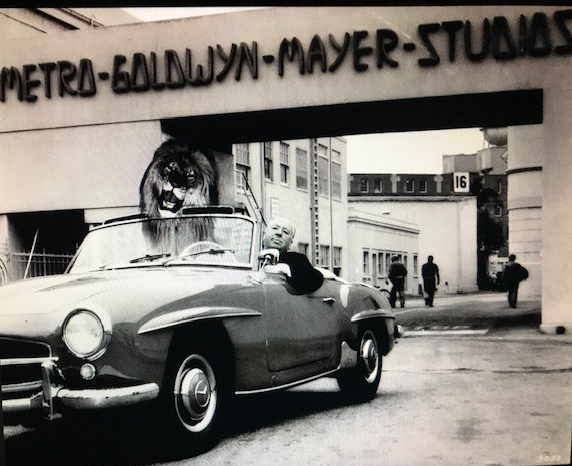